At The Trade Group, we love supporting our clients at PAX West because this annual celebration of video and tabletop gaming is all about the fans. For PAX West 2019, TTG was honored to support client activations for popular game publishers 2K Games, 505 Games and Private Division, computer peripherals power house Corsair, VR legend Oculus and the new cloud-based gaming platform Google Stadia.

These big guns are always looking to treat and impress their fans, and TTG was delighted to take part. This year brought never-before-seen photo opps—from an upside down room to jaw-dropping scenic elements to life-size, 3-D character statues. TTG was also responsible for ensuring fans could play new and favorite games at well over 100 gaming stations installed for the event. And of course, we designed some pretty amazing exhibits.

The California video game publisher wanted to give fans an exclusive opportunity to play its new Borderlands 3 game at PAX West. Since game play was a top priority, 2K didn’t want to hold back on demos stations, so TTG installed 50 gaming stations in the client’s 50’x50’ booth.

Fan engagement was also an important objective for 2K, which was evident in the abundance of fun photo opps and other fan activities at 2K’s many activations at the event. Fans loved taking photos with five life-size character statues (three in the main booth, two in ancillary locations), posing with weapon props for a green screen photo opp and sitting down with a face painter to get the cosplay treatment.

TTG also managed the distribution of 60,000 pieces of 2K swag at the booth. Lucky fans walked away with 30,000 character masks and 8,000 each of 2K prints, T-shirts and totes. A limited amount of Penny Arcade Pins were also shared with fans.  2K also auctioned off a hand painted Xbox featuring Borderlands art.

TTG helped the Italian video game publisher 505 Games make a big statement with large mural graphics positioned throughout its 30’x50’ booth. The colorful graphics and logos promoted many of the publisher’s popular games. The space also included several public gaming stations for fans, as well as two semi-private demo stations for the press. The publisher featured two games: Control and Journey to the Savage Planet.

The main objective for Corsair at gaming events like PAX West is to sell the company’s merchandise—gaming accessories like VR headsets, keyboards, mice and gaming chairs—from their booth. Raising brand awareness and engaging with gaming fans are also key.

Of course, free swag and giveaways are always part of the fun, and Corsair really stepped up at PAX West. Along with daily raffles, Corsair held a scavenger hunt where fans could earn tokens by snapping photos of the company’s products being used at the booths of different Corsair partners. The tokens could then be used to win prizes by playing claw machines back at the Corsair booth.

At the end of the day, PAX West was all about creating once-in-a-lifetime experiences for fans, by bringing our clients’ games, characters and solutions to life. Check out a few of the highlights below.

The 50’x60 exhibit TTG designed for Google’s new cloud-based gaming platform—Stadia—was the talk of PAX West. From every angle, the design and interactive elements reinforced the over-arching message that fans can play Google Stadia games where they want, how they want and when they want.

TTG’s exhibit design team also hit the ball out of the park with a multi-faceted, circular, stadium-themed structure. The space included plenty of game stations in the center, where fans could demo the Stadia platform live. The exhibit also included two rooms facing out from one side of the circular structure—a streaming room and conference room.

Facebook’s virtual reality (VR) brand Oculus is all about bringing fans a realistic experience with its VR headsets, games and ancillary products. For Oculus’ 50’x50’ PAX West booth, TTG built 10 themed demo rooms featuring different Oculus games. The demos were popular both with participants and observers, watching the action from outside.

Fans also couldn’t get enough of the cool, scenic photo opp that TTG created for the Oculus booth, where they could immerse themselves into a scene from Stormland next to the game’s signature droid. To amp up the cool factor even further, fans could pose with one of several killer, life-size weapons from the game. Oculus also released a trio of pins at PAX West. Fans could collect their pins from the Oculus booth, then scan them to unlock cool, augmented reality (AR) effects.

For the Disintegration activation, TTG created a space where guests were guided via a queue line into a theater to watch a demo of the game. From there, fans could then move onto game play at 20 demo stations nearby. The space also included a 3-D sign of the title of the game, scenic graphics and a photo opp, where they could “ride” a life-size Gravcycle, a vehicle featured in the game.

While the Kerbel Space Program (KSP) space didn’t offer game play, it did include a theater with two scenic elements the fans adored. The entrance featured the remnants of a crashed rocket, which guests walked through to enter the theater. The other scenic element was a photo opp on a moonscape with the beloved character Kerbel.

Private Division was also honored with special recognition from the PAX Enforcers—a closely vetted team comprised mostly of volunteers who work at the various PAX shows. At every event the Enforcers choose one location they love and take a group photo there. At PAX West 2019, the Enforcers chose to take their photo in front of the Disintegration Gravcycle photo opp.

Need help creating a one-of-a-kind exhibit or experience for an upcoming event?

The Trade Group is here to help. Our team of exhibit design, live event, experiential and gaming activation experts would love to hear more about your goals. To learn more, give us a call at 800-343-2005 to speak with a member of our team. 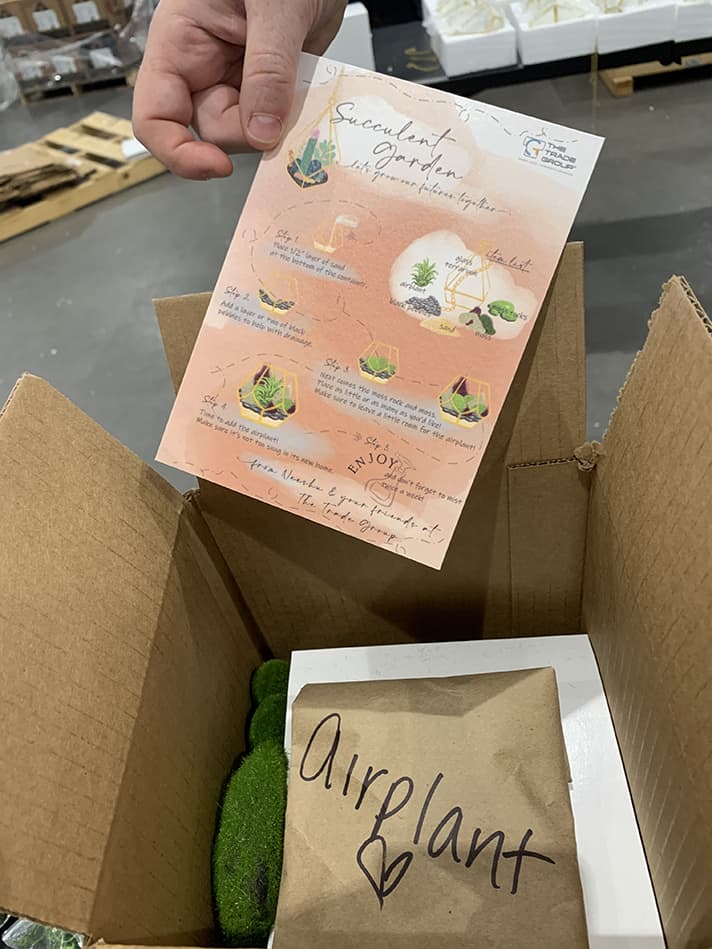